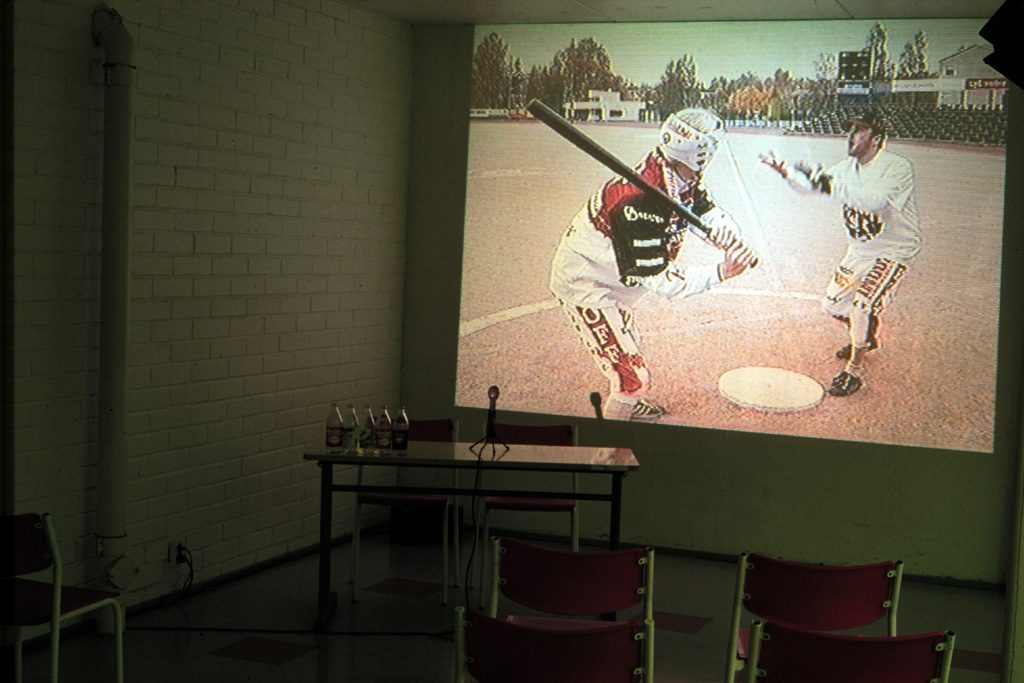 Marcus Lerviks and I presented ABC in PP at the exhibition Playground Finlandia in Nykarleby, Finland, 1997.

The video is 11 min long and is an instruction video how to play pesäpallo, Finnish variant of baseball. In the video Marcus and I are playing in the Finnish Major Leagueclub Seinäjoen Mailajussits’ stadium, wearing the clubs outfits. Marcus is one team and I am another. By using dramatic camera angels, editing and slow motion we manage to be at, the same time, in all the important places and carry out all the important moves of the game. In reality the stadium is empty, but in the video you hear the crowd cheering. Margaret Hunter, an artist from Scotland, is reading the official rules of pesäpallo in English. Peter Wallenius is the referee, as well as the cameraman.

At the opening of the exhibition we showed the video and afterwards we had a press conference, wearing the same outfits as in the video. We answered questions asked by the audience about the game. The properties of the press conference became part of the installation.